Coal has contributed substantially to the development of civilization over the last 250 years. The steam engine was designed and first used to pump out flooded coal mines.  The railroad was first commercially used to move coal from mines to towns and river transportation. Coal powered the industrial revolution in England and the United States.  But burning coal produces the greenhouse gasses chiefly responsible for global warming. It also produces noxious particles that cause heart and lung disease and many deaths. And in West Virginia the search for cheap coal has led to mountaintop removal mining, a practice with an entire catalog of harmful environmental effects. 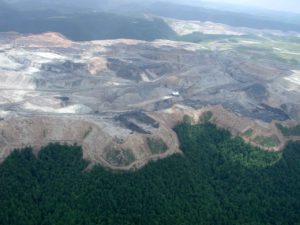 Mountaintop removal involves clearcutting the extant forest, burning it and then pushing the debris into the adjacent stream valleys. Following this the top layer of rock is blasted away and this rubble too is pushed into the stream valley along with the topsoil. The coal being harvested is typically thin seam, which means that it is quickly exhausted and a new round of blasting is conducted until the next seam down is reached. Sometimes this process removes 800 feet of mountain.

The scientific evidence of the harm done to human health by mountaintop removal with valley fills is plentiful. The website of the Ohio Valley Environmental Coalition contains a bibliography of studies on the topic (ohvec.org/mountaintop-removal-articles/health/). Additional research documents extensive environmental damage.

For example, in January 2010 Science Magazine published an article detailing that environmental damage, written and researched by twelve scientists including one from WVU. They found that forests are destroyed and headwater streams are lost. Downstream biodiversity and water quality suffer. As mountain streams emerge from valley fills, they are saturated with sulfate, calcium, magnesium and other harmful ions. This effect persists even after mine-site reclamation.

During the last ice age the central and southern Appalachians became a refuge for northern plant and animal species. When the ice retreated many stayed, rendering these mountains richly biodiverse. The World Wildlife Fund says this area is a “biodiversity hotspot.” Mountaintop removal mining often wipes out wide swaths of temperate mesophytic forests in central Appalachia. These have an unusually diverse tree flora with as many as 30 tree species at a single site. Underneath the forest there is a rich growth of ferns, fungi, herbaceous plants and small trees as well as areas of glade and cranberry bog.

Wildlife also suffers. Whole habitats for bears to birds to crayfish are destroyed. The effect on birds is dramatic. There is a decrease in forest interior bird populations, such as the Wood Thrush, and stream dependent species, such as the Louisiana Waterthrush. In their place grassland and edge-tolerant species increase.

The Endangered Species Act normally requires the Fish and Wildlife Service to review any federally authorized, funded or administered action that could adversely affect endangered or threatened species. But in 1996 FWS issued an opinion waiving this review for coal mining because the effects of mining are already regulated under the Surface Mine Control and Reclamation Act. However, in practice under the SMCRA mine operators hire government-approved consultants to produce surveys of wildlife that are far less rigorous than desirable.

One environmentalist from the Center for Biological Diversity in Portland, Oregon remarked that this special review process for coal mining results in environmental destruction that would simply not occur elsewhere.

I’ve read longer biological opinions for road repairs on the Mount Hood National Forest than for the [1996 FWS biological opinion] that proclaims to address all species impacts from all coal mining activities. In Oregon, you would never get permission to blow up the top third of a mountain — it just wouldn’t happen. 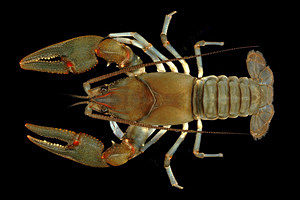 Environmental groups have resorted to lawsuits to force the FWS to do its job under the Endangered Species Act. In the last five years, these groups have sued to protect the northern long-eared bat, a species already under pressure from a disease called the white nose syndrome. They also sued FWS to protect the Big Sandy crayfish, which has been lost from up to 70 percent of its range because of water pollution from mountaintop removal mining. It is nearly gone from West Virginia and has lost close to half of its range in Kentucky and Virginia.

As with most things these days, this struggle is all about money. Regulation of the mining industry raises its costs and reduces its profits. The question is whether we will have the political will to shift the costs of mountaintop removal mining onto those who profit from it. Will mining companies be required to include in their profit and loss analysis the costs of environmental degradation and clean-up that they have previously externalized?  Or will poor communities around the mining sites, and ultimately the entire state of West Virginia, be forced bear these costs?

In a 2011 study published in the Annals of the New York Academy of Science, the authors investigated cost accounting for the full life cycle of coal, including coal mined by mountaintop removal:

We estimate that the life cycle effects of coal and the waste stream generated are costing the U.S. public a third to over one-half of a trillion dollars annually. Many of these so-called externalities are, moreover, cumulative. Accounting for the damages conservatively doubles to triples the price of electricity from coal per kWh generated, making wind, solar, and other forms of non-fossil fuel power generation, along with investments in efficiency and electricity conservation methods, economically competitive.

If mining companies had to pay even a fraction of these additional costs, it is most likely that mountaintop removal mining would become uneconomical and would cease. This is perhaps what fuels the fierce opposition to regulation of this practice by the mining industry.

That opposition played out recently in connection with a modest regulation of the industry by the Obama Administration called the Stream Protection Rule. This Rule did not prohibit mountaintop removal mining, but rather would have required a buffer zone between mountain streams and mine sites and would have protected drinking water in accordance with modern technology. But predictably the mining industry unleashed a barrage of false and exaggerated claims of harm to the industry.

The National Mining Association estimated that over 52,000 miners in central Appalachia could lose their jobs, and Congressman Alex Mooney (WV 2nd) repeated these wildly exaggerated claims. Congress required the Office of Surface Mining Reclamation and Enforcement to estimate the proposed Rule’s impact on all employment, not just on coal jobs. It concluded that there would be a net annual increase in overall employment when new jobs related to compliance with the Rule were taken into account.

Coal Is Killing Us Immigration and Our Prosperity
Scroll to top