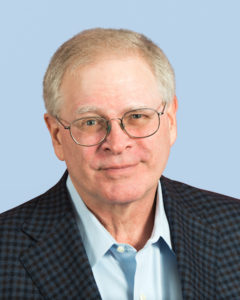 My first memory of politics is from around 1951. I was standing in the front yard of our family home in Dunbar, West Virginia, at age 4. Our next door neighbor, who was leaning over the chain link fence between our homes, asked me whether I was a Democrat or a Republican. I said Democrat without having any idea why. That pleased my mother a lot. The neighbor then produced a silver dollar and offered it to me if I would say I was a Republican. I emphatically refused. My mother said, “That’s my boy!” On reflection, maybe I should have taken the money. A dollar invested in 1951 might be worth something today.

I grew up in Charleston, West Virginia, and graduated from George Washington High School in 1965. There were always political discussions at our house. Back in the early 60s, my older brother Gary made fun of the right wing because to them anyone who listened to folk music and wore sweatshirts like he did was a “pinko.” How mildly amusing that social conflict seems now. At that time the smog in Charleston was brownish-red and thick in the mornings. Nobody thought there might be something ordinary people could do about it.

It never occurred to me that other places were different than Charleston until I went off to the University of Virginia for college. I learned a lot there – mostly history — and voted in my first Presidential election in 1968. Eugene McCarthy and George McGovern were my early style, so I had to learn how to handle political frustration. It wan’t until after I graduated from law school that I voted for a candidate who actually won.

One of my first jobs in the law was with the venerable firm of Hunton & Williams in Richmond, Virginia. There were lots of Civil War prints on the walls, including one I especially liked of Richmond burning. I practiced employment law with that firm for 33 years, mostly in Washington, D.C. There were quite a few conservatives among the lawyers there. I thank them for challenging me to think carefully about my political beliefs and helping me hone my arguments.

In 1998, my wife and I built a weekend home just outside Shepherdstown, West Virginia, which became her full-time home after 9/11. I joined her in 2008. Thereafter, I had a solo practice for two years and then joined Steptoe & Johnson in Martinsburg. I retired completely from active practice in 2015. We love Shepherdstown.

I have always been involved in community affairs. I served as Chief Volunteer Officer of the United Way of the National Capital Area during its time of crisis in the 1990s. I am a member of the Jefferson County Democratic Executive Committee and serve on the Boards of the WVU East Hospital Foundation and the Shenandoah Horse Park, Inc. I am President of Conservation West Virginia, Inc., a member of the League of Women Voters and the Harpers Ferry Cooking Club. I founded Panhandle Progressive, LLC in December 2016.