The Supplemental Nutrition Assistance Program (SNAP) is the centerpiece of the nation’s food security safety net. In FY 2016 SNAP benefits, formerly called food stamps, provided $500 million in nutrition assistance to low income West Virginians. On average, 358,000 West Virginians received benefits each month, roughly 20% of our population. These benefits amount to about $1.29 per meal. Yet our state government seems determined to cut recipients from the SNAP rolls.

Governor Justice recently signed a law making it more difficult for under-employed individuals to receive SNAP benefits.  This new law (HB 4001) was promoted by Republicans in the Legislature using the old “welfare Cadillac” myth about recipients taking advantage of public benefits. HB 4001 will have the effect of reducing the number of SNAP recipients among the vulnerable low-wage population.

Furthermore, the 2018 federal Farm Bill pending in Congress might do much the same. The U.S. House version of the Farm Bill, which would restrict current SNAP eligibility rules, barely squeaked by in the House on a vote of 213-211. House leadership had to rely entirely on Republican votes, the first farm bill in history to pass either chamber with only one party in support. The Senate, which passed its own version, is willing to be more generous than the House. SNAP eligibility is the most contentious issue facing House and Senate conferees.  The harsh House approach was favored by West Virginia Congressman Alex Mooney for the emptiest of reasons. 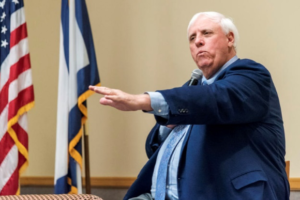 To receive SNAP benefits an individual can have gross monthly income of no more than $1,307 and a family of four no more than $2,665. These figures are 130% of the federal poverty level. In addition, there are work requirements for eligibility, first imposed in 1996. An able-bodied adult without dependents (ABAWD) can only get SNAP benefits for three months in a three year period unless he or she meets the work requirements. This is called the time limit. An ABAWD must work at least 80 hours per month or participate in a qualifying training activity to avoid the time limit.

Federal law allows states to apply for a waiver of the time limit for ABAWD individuals in areas where it is more difficult to find work than in more prosperous areas of the country.  In West Virginia this has been done broadly on a county by county basis and many counties have routinely received waivers.  The waivers are largely responsible for the broad availability of SNAP benefits in the state. But HB 4001 will put a stop to these waivers. No West Virginia county will be allowed a waiver for any reason after October 1, 2022.

I am interested in eliminating fraud as much as the next person. But the waiver elimination in HB 4001 isn’t directed at fraud. Instead it is directed at people who are presumed to be lazy and unwilling to work, and who thereby take advantage of federal benefits. In this way HB 4001 creates a moral test of personal responsibility to receive assistance irrespective of need. It isn’t even a matter of saving West Virginia taxpayers money. SNAP benefits are entirely paid for by federal money, and every dollar in these benefits results in $1.80 in total economic activity in the state. So cutting people from SNAP benefits will actually hurt our economy.

Nevertheless, the lead sponsor of HB 4001, Del. Tom Fast (R-Fayette) told the Huntington Herald-Dispatch that the various features of the bill were designed to weed out “those who do not truly need assistance”:

I have consistently heard people just in conversation make complaints of seeing people purchase things with [a SNAP debit card] – luxury-type items – using the cards and then going out and getting in a luxury SUV. It is something I hear not just in my district but in areas all around the state.

This is certainly not what you would call empirical proof on which public policy should be made. Yet our Jefferson County Delegates — all Republican — didn’t seem to be bothered by the lack of proof. Delegates Paul Espinosa, Riley Moore and Jill Upson all voted in favor of HB 4001.

HB 4001 is just one more measure imposed by the conservative “personal responsibility” crowd without inquiring whether there might be some reasons other than lack of responsibility why a SNAP recipient might be unable to work twenty hours per week. Most of these people actually are working, but in jobs with low-pay, inconsistent schedules and unstable futures. The West Virginia Center on Budget and Policy adds that lack of access to transportation, undiagnosed mental illness, a criminal record from a past mistake, or living in an economically devastated part of the state are also plausible explanations. Unfortunately these explanations have also not been empirically validated.

But the Brookings Institution has looked at the question in a serious way in connection with the 2018 federal Farm Bill. Their research found that one in five adults in the ABAWD category switches between working more than 20 hours per week to a different employment status, such as working less than 20 hours per week, seeking employment, or being out of the labor force. For those in the labor force, work-related reasons – not being able to find work, being laid off, or working more than 15 hours for no pay at a family business or farm – were the most frequent explanations. Because only those working more than 20 hours per week every month would be eligible to retain their SNAP benefits, Brookings estimated that nearly 80% of ABAWD individuals would be exposed to potential SNAP benefit loss.

One other study came to a similar conclusion. In May 2016 the Department of Health and Human Resources did an experiment in the nine West Virginia counties with the lowest unemployment rates. The experiment explored what would happen if there were no possible waivers of the time limit — exactly the effect of HB 4001.  In the experiment ABAWD individuals strictly lost SNAP benefits unless they found 80 hours per month of employment or were participating in a work training or community service activity. While 5,417 people were cut from the SNAP rolls in the nine counties, DHHR reported that the experiment did not significantly improve employment figures for the ABAWD group. While the results of this experiment were available to the West Virginia Legislature before it adopted HB 4001, the results came to an inconvenient conclusion and were therefore ignored.

In a separate but predictable outcome during the experiment, demand for meal service at private soup kitchens increased 25% in Cabell, one of the nine pilot counties. This simply demonstrates that even though many of the hungry won’t be assisted by government benefits under HB 4001, they will still be hungry. The burden of feeding them will not disappear but rather will fall to private organizations. 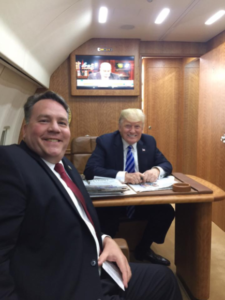 Meanwhile the drama concerning the 2018 Farm Bill continues. The House version would impose increasing periods of disqualification each time an under-employed person failed to meet the work requirements. This feature and others are predicted to result in 400,000 households losing benefits. The Congressional Budget Office estimates that by 2028 the House version would lower the SNAP caseload by about 1.2 million people.  Congressman Alex Mooney, who has probably never experienced real hunger in his life, said that the “conservative” SNAP reform provisions led to his support for the Farm Bill. In a spectacular non sequitur, Mooney said that “because farmers work long hours to produce food for the nation, so should program recipients.” His analysis on this, as on other matters, is about a quarter-inch deep.

It is certainly time that we stopped blaming the poor for their own misfortune. Hunger and food insecurity are not things people voluntarily choose. Moreover, cutting people off SNAP benefits harms the entire state because we would lose millions in federal benefit dollars that circulate in our economy. Regrettably, however, unsophisticated and uncharitable attitudes toward poverty and hunger dominate the majority party in Charleston and in Washington.