Effective on January 1, 2018, West Virginia law now requires a prospective voter to present a valid identifying document to a poll clerk. The clerk will then verify that the name on the document conforms to the individual’s voter registration record. If the identifying document has a photograph, the poll clerk will determine that the photograph is “truly an image of the person presenting the document.” This new law is similar to voter ID laws passed by state legislatures around the country at the urging of Republicans. But voter impersonation fraud – the only possible fraud affected by the new law — is virtually non-existent in the United States and no cases have been identified in West Virginia.

I believe that West Virginia’s new voter ID law will have the consequences – perhaps intended – of complicating the voting process, intimidating some potential voters, and reducing the numbers of voters from the poor and less-educated ranks of our state. It will slow the voting process and create lines where there haven’t been lines, thereby frustrating and deterring voters. If these predictions are correct, the new law will undermine voter confidence and participation. But there are benign aspects of the law that should be acknowledged.

There are eighteen categories of documents that may be used to establish identity, not all of which are photo IDs. Most people will have at least one of them. If not, a voter can be accompanied to the polls by someone who can vouch for her identity. If none of this works the voter will be required to execute an affidavit stating his identity and that he is the person listed in the precinct voter records. He will then will be permitted to vote a provisional ballot. The question of his identity will be resolved by election officials later. The provisional voter will not be required to take any further action to have his vote counted. In theory, anyway, no one will be turned away from the polls.

West Virginia’s new law is less restrictive than the laws passed in many states. Seventeen states require a photo ID, which African-Americans and Hispanics are statistically less likely to have. In ten states voters who do not have the required ID may vote a provisional ballot but must take some action after election day, such as returning to the polls with a qualifying ID, for the provisional ballot to be counted. These strict requirements have been challenged in court, with some notable successes so far. 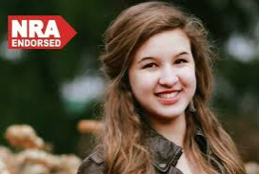 When the Republican legislators who sponsored the voter ID law realized that it might actually increase voter registration, they began to backpedal. During the 2017 legislature, Del. Saira Blair (R-Berkeley) proposed an unsuccessful amendment to the original bill that would have permitted voting only upon showing a photo ID. Blair, who is 21 years of age, couldn’t cite a single case of voter fraud but sponsored the amendment because she had heard anecdotes. She said “without photo identification, it’s hard to stop fraud, and it’s also nearly impossible to prove it took place.” As Supreme Court Justice David Souter quipped, this is like arguing that “the man who isn’t there is hard to spot.” Really, isn’t there anyone more mature than Blair – Republican or Democrat – who is willing to run for this seat?

West Virginia’s former system of voter identification required the voter to announce his name in front of poll workers, sign a register and have poll workers compare that signature to the one in voter registration records. This system worked exceedingly well to deter impersonation fraud before the enactment of the new voter ID law. One wonders about the true motivation for adopting this legislation – it certainly wasn’t based on a problem that needed to be fixed.

In her excellent 2010 book The Myth of Voter Fraud, Lorraine Minnite concludes that

The best facts we can gather to assess the magnitude of the alleged problem of voter fraud show that, although millions of people cast ballots every year, almost no one knowingly and willfully casts an illegal vote in the United States today.

Instead, voter fraud is a politically constructed myth. It is used to support measures that suppress the opposition party’s votes because this is more effective and less expensive than mobilizing new voters who may end up destabilizing a party’s own coalition.

Voting is a constitutional right. So it is unconstitutional to condition the exercise of that right on the payment of a poll tax. However, current Supreme Court law does not extend this principle to universally applicable voter ID requirements, such as requiring a photo ID, even where they burden the right to vote for some groups like the elderly, the homeless and the disabled. Nevertheless the legislative motivation for adopting such requirements can render them unconstitutional. North Carolina’s strict voter ID law was struck down by the Fourth Circuit Court of Appeals (also with jurisdiction over West Virginia) because it was surgically designed to reduce African-American voting. There is no similar legal challenge to West Virginia’s new law.

My advice to West Virginia voters: get your IDs ready, be prepared to stand in line, and be sure to thank the Republicans for their handiwork in 2018.